Àngel Calpe is an author focused on the study and popularization of issues related to Valencian language, culture and identity. You may browse here a selection of his publications. 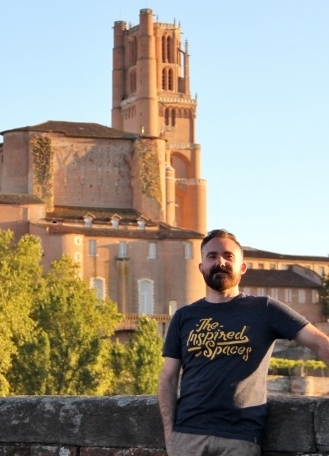 Since 2003 he is a member of the Acadèmia Valenciana de la Llengua (Valencian Academy of the Language, AVL), the body officially entitled to codify and normalize the Valencian language. In this institution he has worked in the Section of Grammar, of which he has been secretary from 2007 until its transformation in the current Section of Lexicography and Grammar. He has participated in the development of the Diccionari ortogràfic i de pronunciació del valencià(Orthographic Pronunciation Dictionary of Valencian, 2006), of the Gramàtica normativa valenciana (Valencian Prescriptive Grammar, 2006), of the Gramàtica valenciana bàsica (Basic Valencian Grammar) [approved in 2013, printed in 2016] and of the Diccionari normatiu valencià (Valencian Prescriptive Dictionary) [approved in 2014, on line, printed in 2016]. These works comprise the prescriptive linguistic corpus of the institution and therefor of the Valencian language. He also contributes in the Section of Terminology and Specific Languages to the elaboration of several vocabularies and specific lexicons edited by the AVL and to the broadening of the Portal Terminològic Valencià(Valencian Terminology Web Portal). He promotes the development of the Corpus informatitzat del valencià(Computerized Corpus of Valencian, CIVAL) in the Section of Documentation and CIVAL. He has directed the site dedicated to the Valencian author Teodor Llorente at the Joan Lluís Vives Library, area belonging to the Cervantes Virtual Library. He has also collaborated in the activities related to the Year 2013 Writer Vicent Andrés Estellés and Year 2015 Writer  Carles Salvador.

Àngel Calpe studied Medicine at the University of València and was granted a Doctorate degree by its Department of History of Science and Documentation. He is currently developing his second doctoral research at the Department of Catalan Philology of the same university. He underwent specialist training in Family and Community Medicine at the Son Dureta Hospital (Mallorca), he has several papers in health sciences and he is working currently at the Escola Valenciana d’Estudis de la Salut (Valencian School of Health Studies, EVES).

He has been member of the Editorial Board and columnist of the cultural magazine Lletraferit, published by l’Oronella. He worked until 2005 as Collaborator Attaché of the Valencian Language and Literature Section of the Real Acadèmia de Cultura Valenciana (Royal Academy of Valencian Culture, RACV). This institution entrusted him to organize and coordinate the 1st International Workshop on Lesser Used Languages (SILM), that took place in Valencia on July 11 and 12, 2002. He is member of the Valencian Language Writers’ Association (AELLVA), of the cultural and literary association Lo Rat Penat and of the Associació Internacional de Llengua i Literatura Catalanes (AILLC).